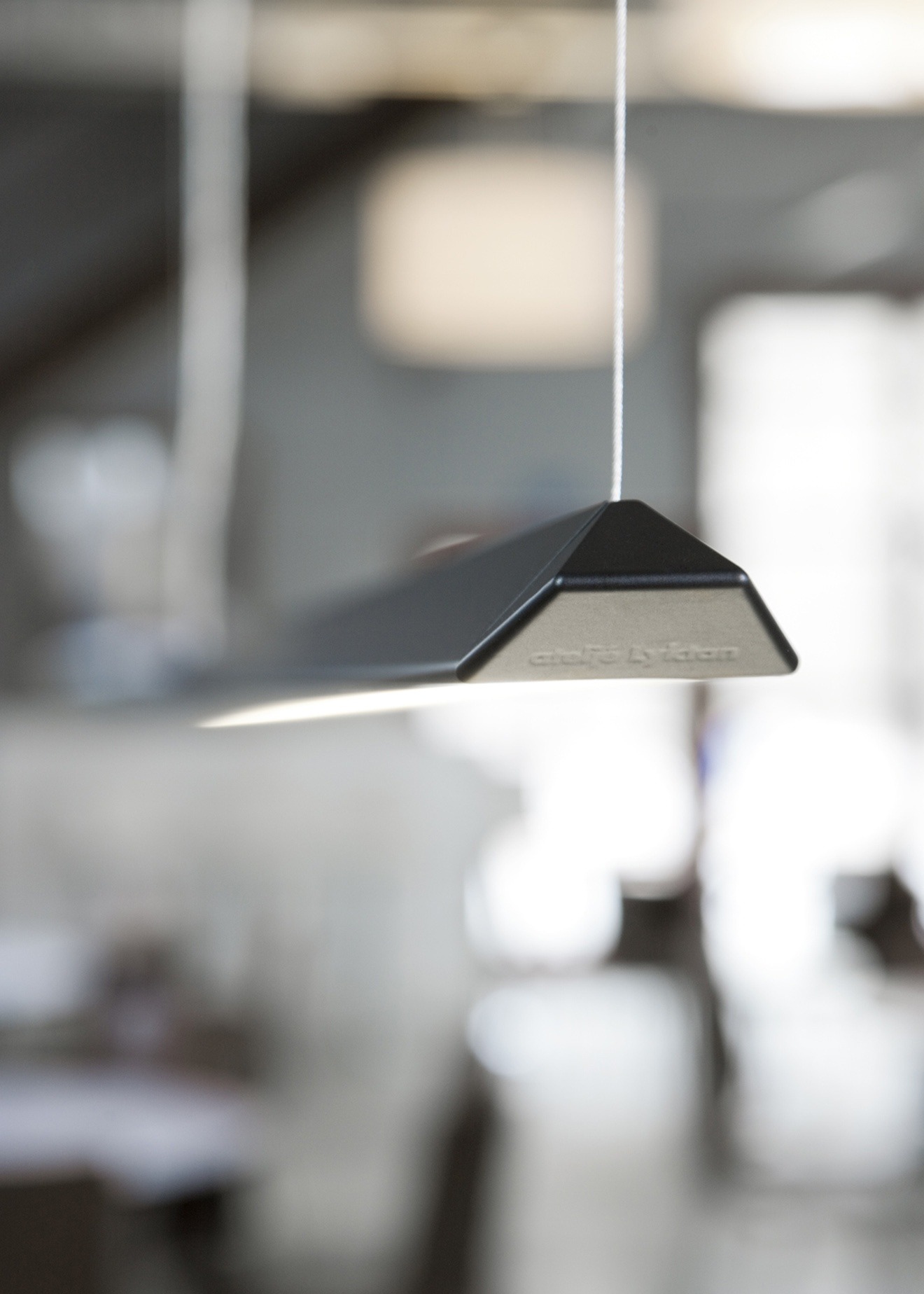 When LED technology made its breakthrough it gave designers new opportunities to create novel luminaires. When I created Nosy I minimised the luminaire to exploit the then new technology. The lamp's function and components dictated its form. On top is its suspension, and then a narrow band of LEDs. In order for the light to achieve the right diffusion there needs to be a certain distance between the diodes and the grid. Because the plastic grid needs a certain width to perform best, it led to a triangular design as the natural shape for the luminaire.

Discreet but downright hard-working, Nosy is an efficient LED downlight that can illuminate fairly large areas or workplaces. Made of extruded aluminium with side panels of cast aluminium, the construction has a solid feel despite the minimalist design. Nosy works well on its own, but is also ideal in multiple units to light really big areas. 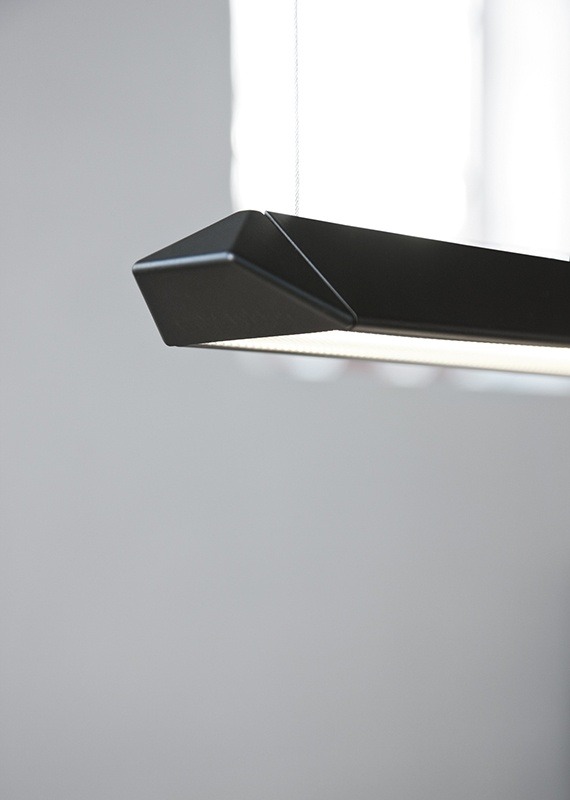 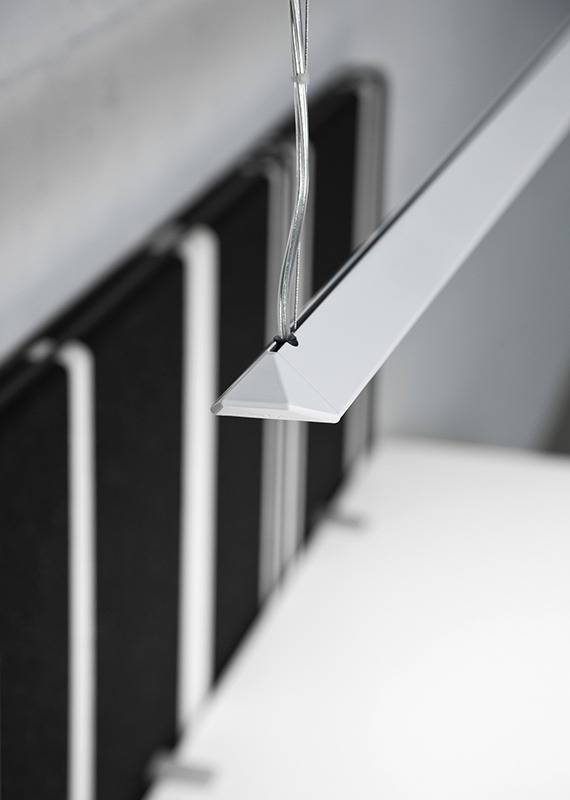 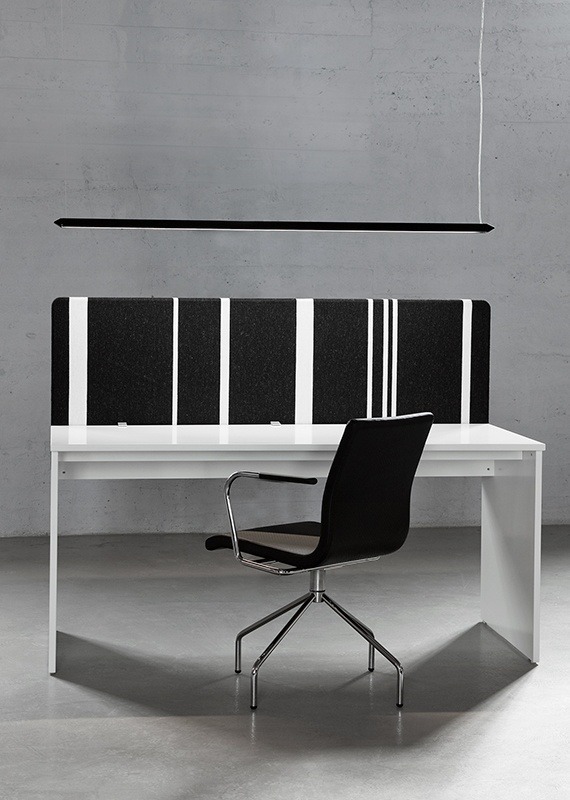 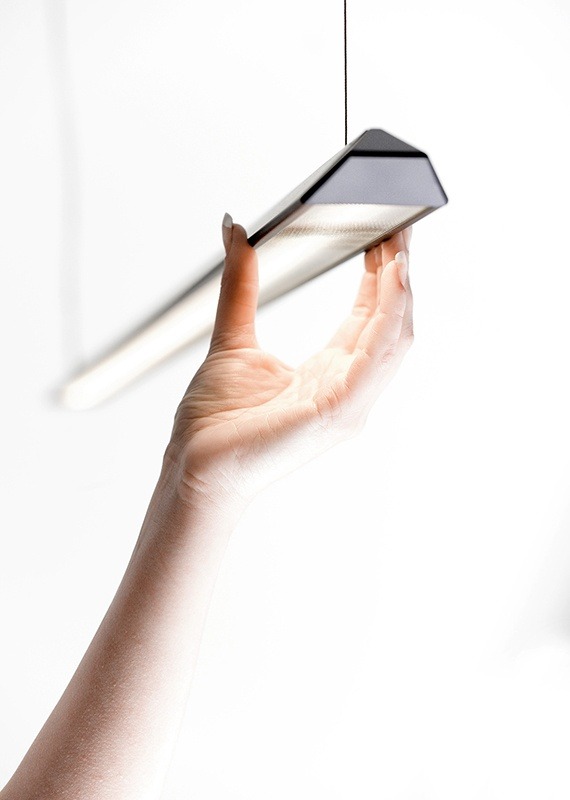 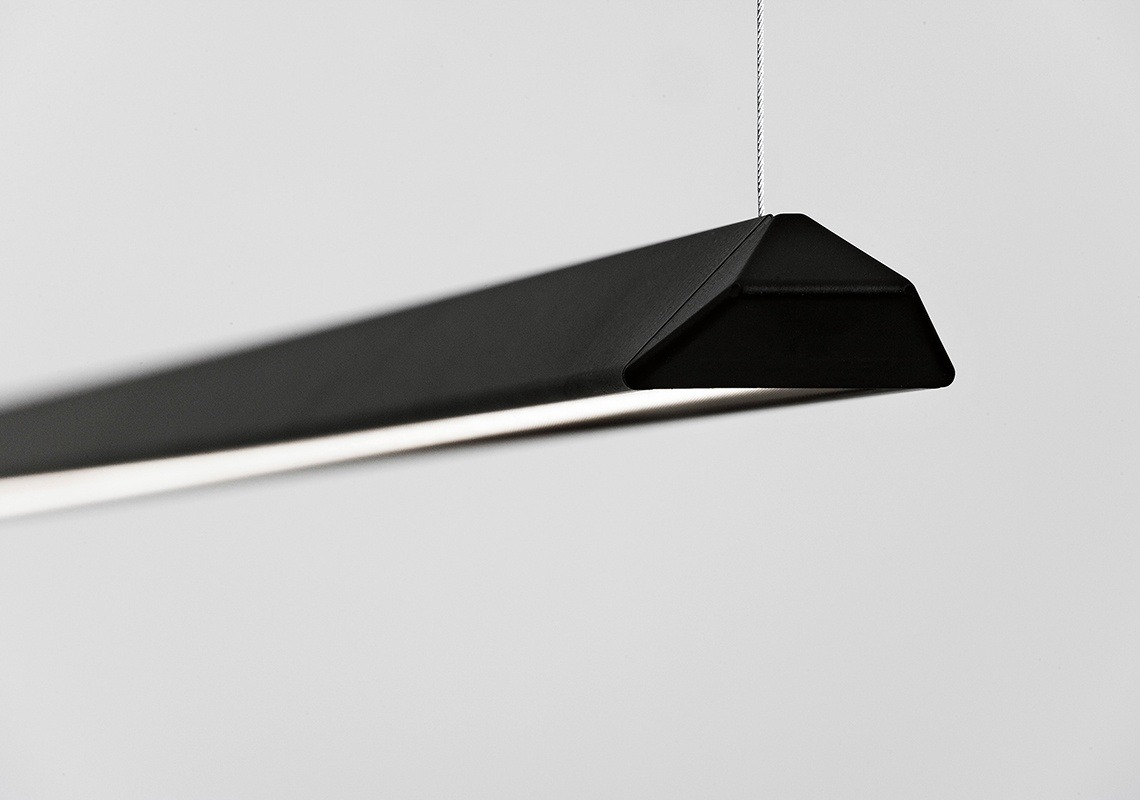 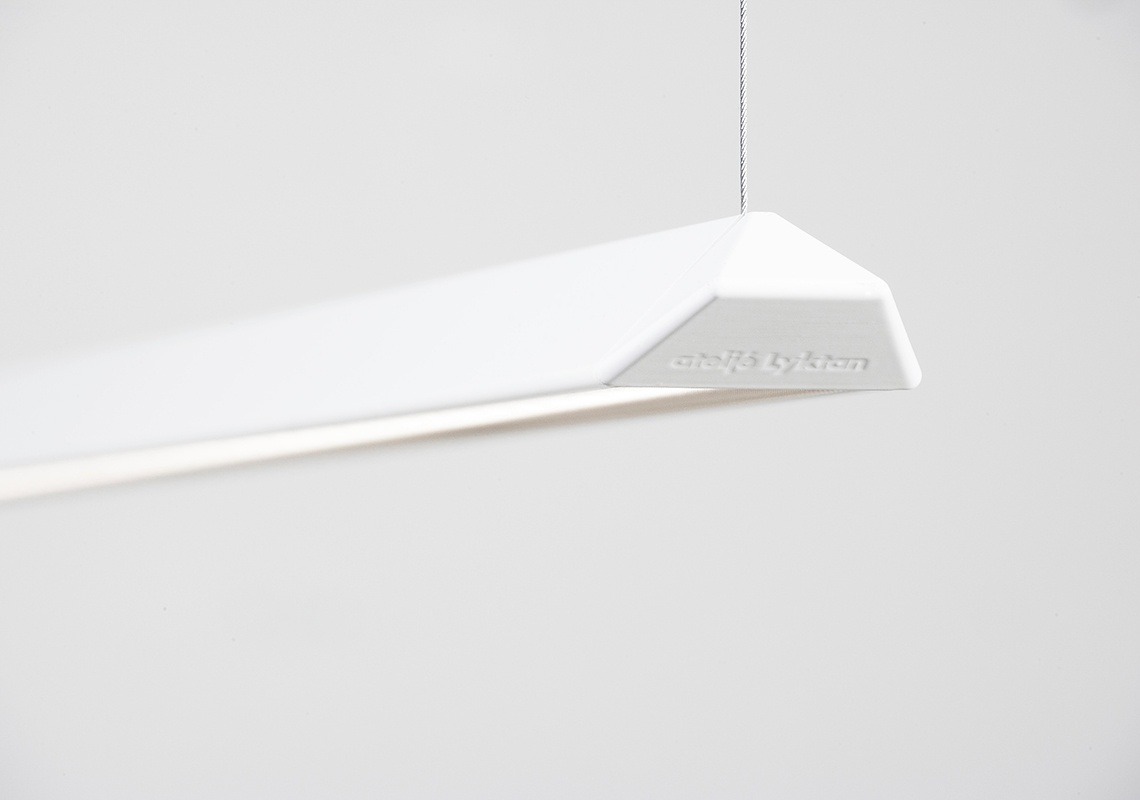 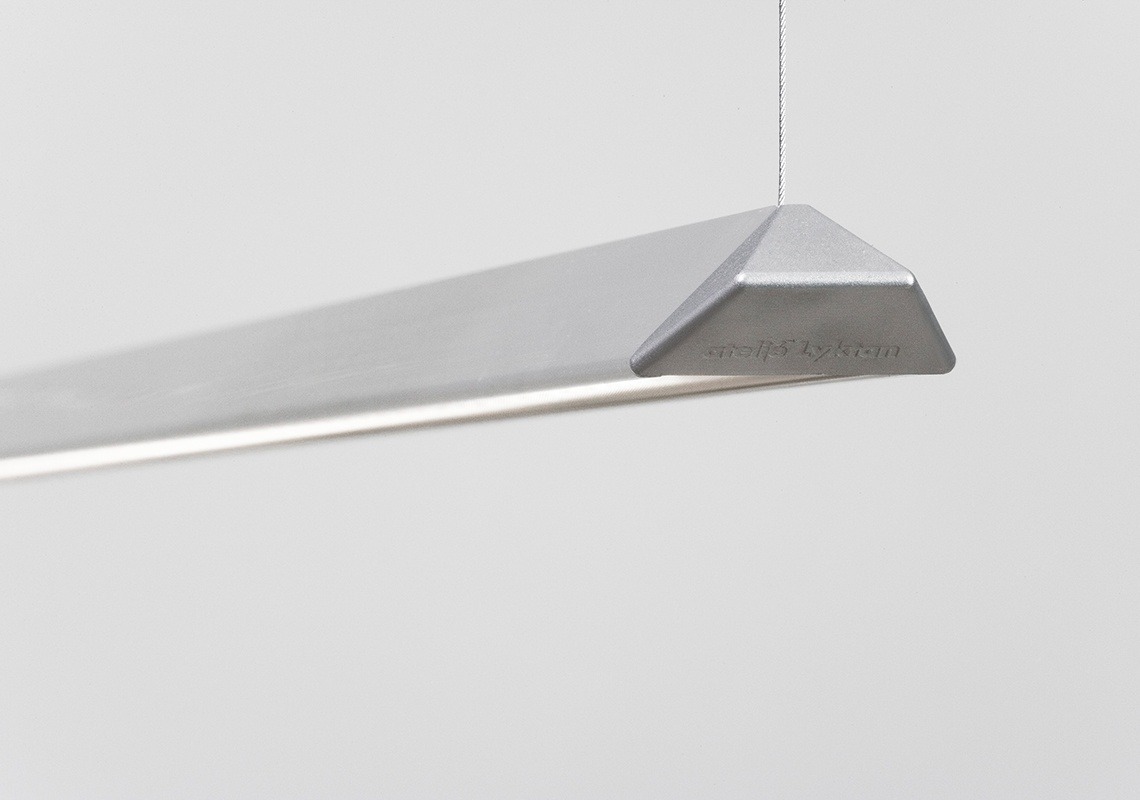